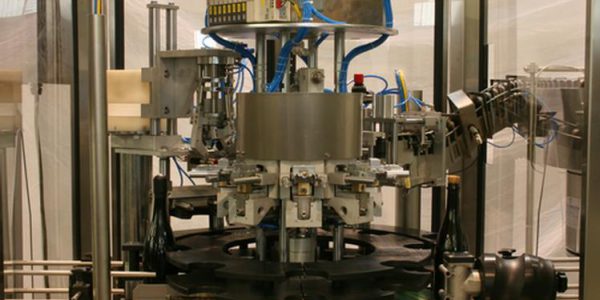 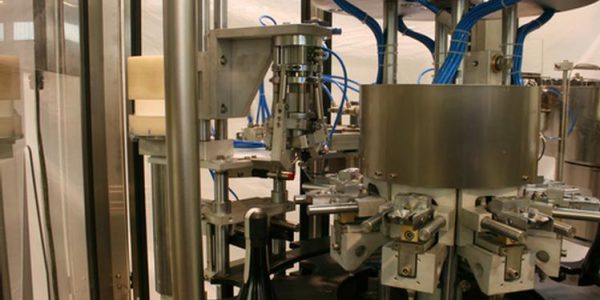 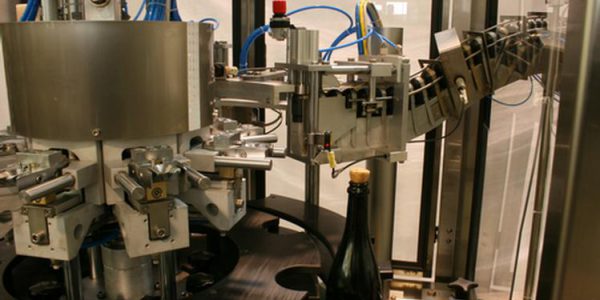 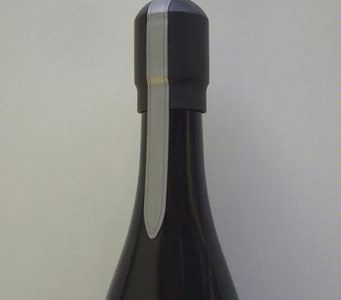 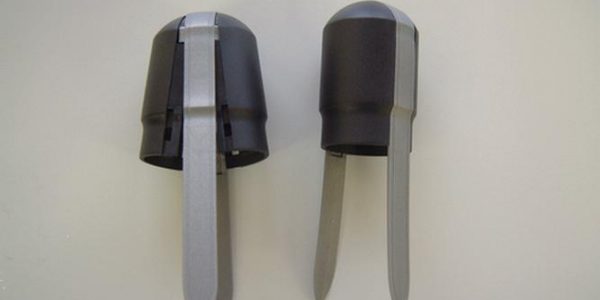 The need to apply the new capsules made to provide a modern look to the new sparkling wine bottle and patented by the company Uvavins, has led Nortan to design and make a new single-head machine named  “Plastocap”. This new machine is able to ensure a production of 2500 bottle per hour and is installed in the cellars of Uvavins in Tolochenaz (Switzerland).

The capsule is made up of two shells in plastic that seal the cork and replace the common cage. The two halves are closed by a central clamp that hooks onto proper seats. To open the capsule, the central clamp must be unhooked by pulling its two ends and then removing the two shells.
In the following line we describe the caspulating sequence.
The capsule is introduced into the machine by a vibrating feeder that is constantly loaded by a motorized loading hopper.
Then the distribution group inserts the capsule onto pliers that are mechanically controlled; in the following phase, the central clamp is applied on the still closed capsule so that the clamp will be inserted on the cork.
The capsulating head unit picks up the capsule and opens its shells and after inserting it on the bottle, closes the two halves and seals the central clamp by two punches.
Currently we are designing the rotative version of the machine that will ensure a maximum production of 6,000 bottle per hour.